Victoria Beckham emblazons her initials all over her latest fashion line, despite admitting she doesn’t like “big brands”

By Katie Hind for Sunday Mail

Victoria Beckham is emblazoning her initials across her latest fashion range, despite admitting she dislikes the “big brand”.

The 47-year-old is following in the footsteps of designers like Louis Vuitton and Gucci by selling pieces covered in a monogram of her intertwined initials.

Her fashion label will sell a dress, shirt and pants made from viscose twill and covered in the pattern. 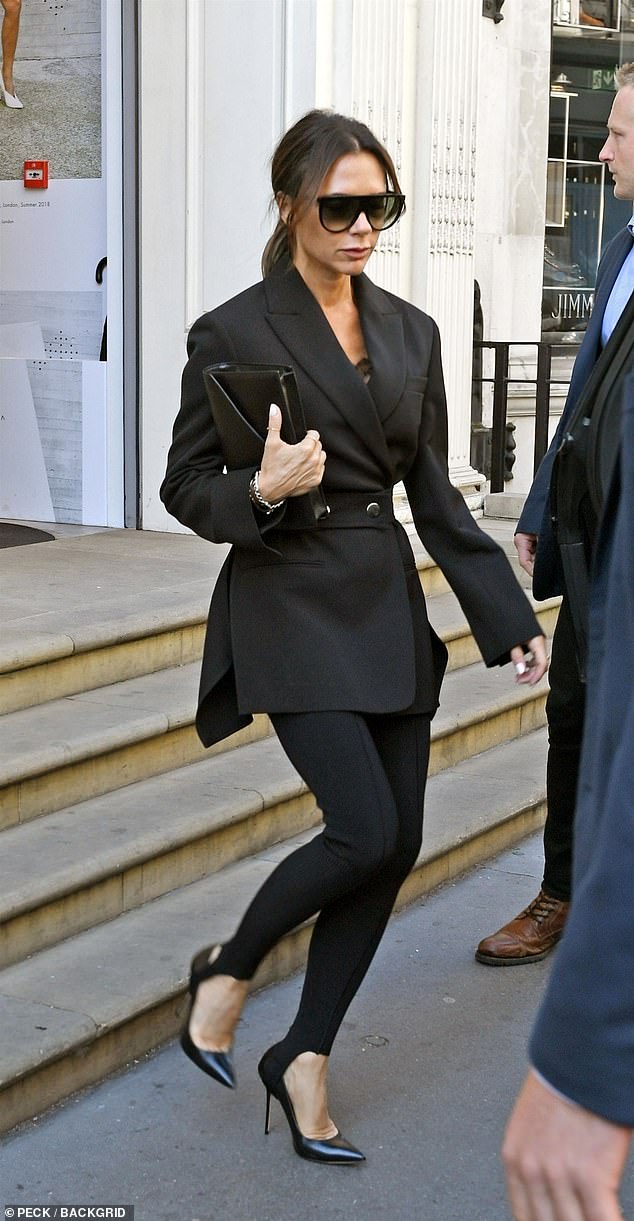 Victoria Beckham, pictured, previously said she was not in favor of using initials on her designs

But in an interview with Vogue magazine to launch the collection, the former Spice Girl said, “Most of my starting points in design are things I don’t like. And I don’t like monograms.

‘I’ve never been that person wearing big brands all over the place. Neither me nor David. But I can see that a lot of people like it that way, so the challenge was: how do we branding in an elegant, sophisticated and timeless way that we can carry on? ‘

Ms. Beckham hasn’t seen herself wearing the new clothes yet, but added: ‘This is now in my personal wardrobe and I’m really excited to be wearing it. It’s elegant, it’s chic.’

Pricing has not been revealed, but she hopes for success as her fashion empire has racked up £ 57 million in losses and made no profit for six years.

Directors have warned that there are “significant doubts” about his cashless future, although the beauty arm of his business has been more successful, with £ 7.3 million in sales in its first full year.