Vasiliy Lomachenko explained why he urged Richard Commey’s corner to stop the fight after knocking the Ghanaian down during a dominant points win in New York.

The Ukrainian star knocked Commey heavily in the seventh round and then beckoned Commey’s training team to intervene during the fight at Madison Square Garden.

But Commey was cleared to continue as Lomachenko sealed a unanimous decision win that keeps him in contention for another world title fight.

“I saw his situation,” admitted Lomachenko. “It was very difficult for him. That’s why I said, ‘Hey, stop fighting.’

“But he is a true warrior, he has heart and we continued and showed 12 great rounds.”

Commey manager Andre Rozier insisted that the former IBF champion had justified his decision not to interrupt the bout.

“Richard is a warrior and Vasiliy is a great champion,” said Rozier.

“When she gestured to stop, for me to take hers [Commey] away his pride, his energy and his diligence, it would have been a horrible thing to do.

“I told Richard to get up and let’s get together. Try not to make mistakes and keep working. As you see, he has done all 12 rounds of this fight and he fought with his heart.” 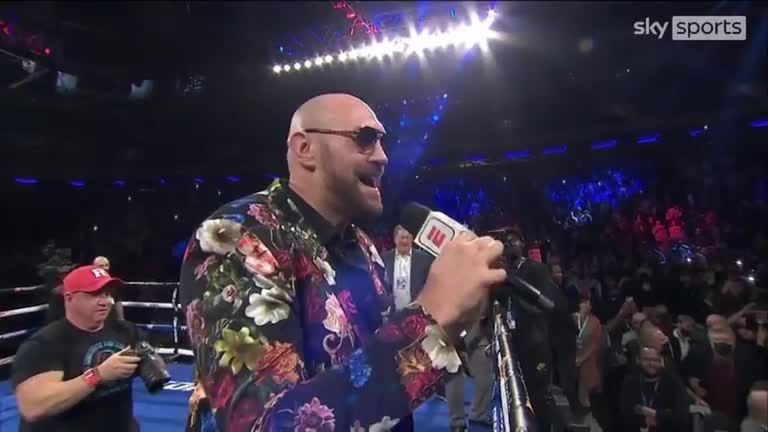 Tyson Fury was a surprise guest at Madison Square Garden and led the crowd by singing happy birthday to Bob Arum.

Lomachenko is now expected to become the mandatory challenger for new unified champion George Kambosos Jnr, who won the WBA, IBF and WBO belts from Teofimo Lopez with a surprise win last month.

The three world titles had previously been in Lomachenko’s possession before he suffered a unanimous decision defeat to Lopez.

“In this weight division, we have a lot of great fighters,” Lomachenko said.

“Yes sure, I need this chance [to become undisputed champion]. If God gives me this possibility, I take it “.

Asked if he would go to Australia for the Kambosos fight, Lomachenko said: “I will go wherever I have to go to fight it. [Kambosos].

“I said my goal. Undisputed lightweight world champion. I stay at 135[lbs] and I need four belts. “