Tyson Fury and Anthony Joshua will clash again in the heavyweight division’s most sought-after fight “because the people want it,” said Top Rank President Todd DuBoef.

WBC Champion Fury is in talks for a defense against Dillian Whyte, while Joshua is set to counter Oleksandr Usyk in an effort to regain the IBF, WBA and WBO belts in 2022.

Negotiations for British rivals to meet in an undisputed world title clash have fallen apart dramatically this year, but Fury’s US promotional team still believes there is huge public demand for the fight.

“I would love to see Fury against Joshua, Usyk and Whyte,” said DuBoef of Top Rank.

“It’s about what people want to see.

“Regardless of the order – Fury vs Joshua is what people want to see.

“Whether or not a guy gets knocked out one night, it doesn’t matter because they each have huge fans and personalities.

“We, as involved people, owe people to serve what they want.

“I think Fury and Joshua will fight at least once, because people want it.

“If Joshua and Usyk have the rematch and Usyk looks sensational again, then maybe the audience will say, ‘We want Fury vs Usyk’.

“Joshua says he had a free evening. He has to establish his dominance, as he did against Andy Ruiz Jr.

“Joshua has to get his career back to that high state again by canceling his night out. This is important.

“Tyson is in a wonderful position. He came in as an opponent for Deontay Wilder who was down.

“His personality has conquered the world”.

What are the dream struggles for 2022?

“There are fights between 130lbs and 140lbs that are interesting,” DuBoef said.

“We have Jose Ramirez against Jose Pedraza coming up, which is great. 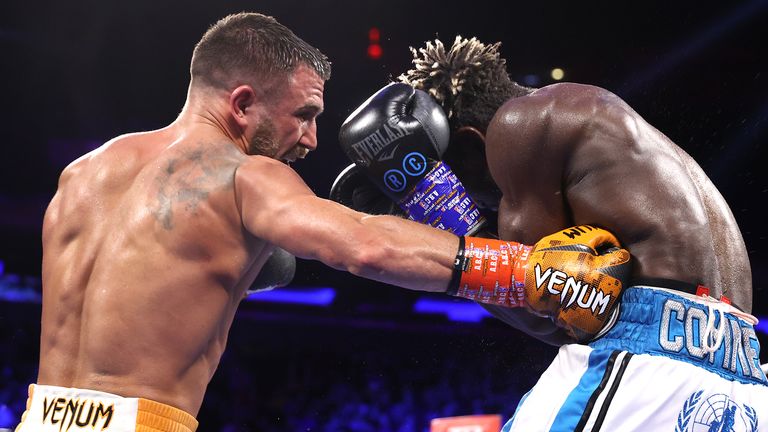 “Vasiliy Lomachenko and the lightweights: I am fascinated to see what happens there.

Could Lomachenko fight Shakur Stevenson? It would be an incredible fight. “I would like a rematch between ‘Monster’ Naoya Inoue and Nonito Donaire.

“These are high-level fights with incredible skills.”