Celtic were held to a goalless draw by St Mirren in the Scottish Premiership, with Rangers leading the league now by six points with both sides playing 19 games.

The game went on despite St Mirren’s request for a postponement due to the Covid-19 epidemic among its squads. Celtic are back in the Scottish League Cup game again on their trophy cabinet, having beaten Hibernian in Sunday’s final.

But Ange Postecoglou’s side failed to get past the Saints defense after making six changes from the weekend. Nir Bitton got a curled free-kick saved in the first half, with Liel Abada hitting the post from a tight angle.

Celtic continued probing after the break – Abada missed Callum McGregor and Anthony Ralston’s splendid crosses twice – with St Mirren looking menacing on the break. However, Scott Bain only really worked when Curtis Main fired into his arms after a quick break from Jay Henderson.

The result leaves Celtic six points behind Rangers at the top of the Scottish Premiership standings, although their January 2 Old Firm match has been postponed to February. In the end St Mirren will be satisfied with the result given the pre-match request, remaining in ninth place.

How the stalemate ended

There was little of note until the eighth minute, when Michael Johnston slalomed into the St Mirren penalty area to fire in a powerful shot that was saved by ‘substitute keeper Dean Lyness.

Moments later, Lyness, replacing Jak Alnwick for his first match since the Premier Sports Cup match in July, dove to his right to fend off a corner free-kick from Bitton that was defended.

Celtic increased the pressure and Liam Scales, Anthony Ralston, Abada and skipper McGregor all had efforts that came with varying degrees of danger.

The home side were blocked, unable to do much more than defend and, at times, desperately, despite a shot from defender Charles Dunne in the 36th minute that hit the side net in a rare short spell of Saints pressure.

Without striker Kyogo Furuhashi, who scored twice in the cup final but was left out to handle a hamstring problem, and no natural striker, Celtic was missing a cutting edge.

Three minutes after half-time there was another example of that failure when Johnston shot Lyness straight from a Ralston cut-back.

However, Celtic retained control and once again the Buddies were camped on the edge of their own area, fending off a series of passes and crosses.

Josip Juranovic, seemingly a full-back, took over from ineffective Owen Moffat at the minute. The pressure remained relentless. Shortly thereafter, a curling effort from McGregor was grabbed by Lyness on the second try.

So Buddies skipper Joe Shaughnessy canceled Johnston’s effort from under the bar. Saints survived the corner and after a quick break from Henderson, he set Main to shoot straight at Bain.

Yet Celtic moved on. At 75 ‘a free kick by Juranovic from 25 yards escaped Lyness’s right post.

Daniel McManus replaced Kieran Offord in the 87th minute to make his Saints debut and help the home side spend five nervous minutes with a morale boost. 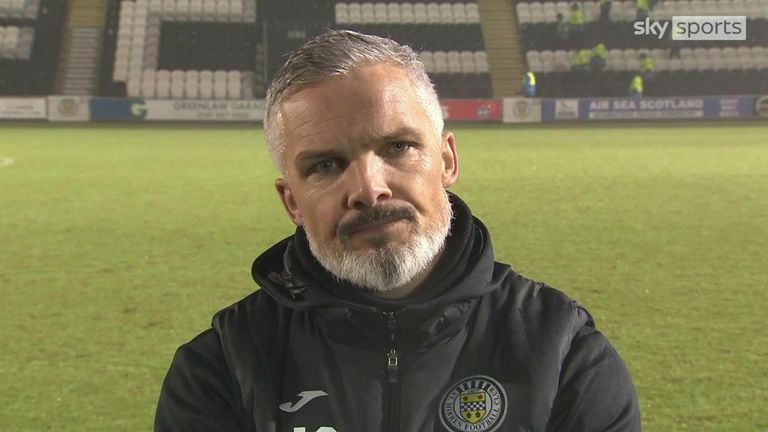 St Mirren manager Jim Goodwin: “Yes, it was my recommendation to the board that we should simply refuse to play. But I think the penalties and consequences for the club would have been difficult.

“We won a legal battle last year when they tried to take points away from us. I felt we could do the same again.

“It doesn’t matter now what we could or should have done. It’s an incredible result, up there with the best points St Mirren have had in the Premiership.

“I don’t take any credit for it. Every player deserves credit for a man. We trained once in six days, we didn’t make any form.

“Some of the guys really only met a few hours before the game. I’m so proud of them.” 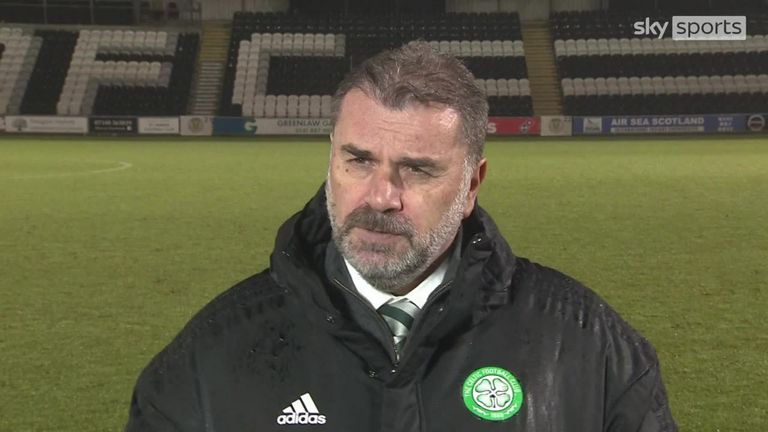 Celtic manager Ange Postecoglou: “We should have won the game. We created enough chances and dominated the whole game but we lacked a bit of composure and quality in the last third to close them.

“It wasn’t a night where everything went well for St Mirren because we made a lot of mistakes. It wasn’t a good defense, it was our cause if we didn’t score.

“We’ve had enough of a chance to win a couple of games. If you don’t get them, that’s what you get. It doesn’t depend on the staff. We’ve had a good chance for the guys out there to get them.

“We should have won and if we had had more composure and people had been stronger in their intentions, we would have done it.”

Both teams will return to action in the Scottish Premiership on Boxing Day. Celtic are away again, facing St Johnstone, live on Sky Sports; kick-off 12:30. St Mirren will face Rangers at Ibrox; kick-off 15:00.