Bukayo Saka gave Arsenal a perfect start, passing the ball past Angus Gunn to give the Gunners a lead in the sixth minute.

Kieran Tierney increased the lead just before half-time (44) with a composed finish, before Saka, who gave Norwich a hot afternoon, completed his impressive performance with a fine shot from the edge of the penalty box ( 67).

Alexandre Lacazette, who continued as captain in the absence of Pierre-Emerick Aubameyang, scored from a penalty (84) after being fouled by Ozan Kabak, before substitute Emile Smith Rowe stayed on to add the finishing touch (90+ 1) to another Arsenal super display.

The win sees the Gunners secure their fifth consecutive victory in all competitions for the first since 2018 under Unai Emery. Arteta, who led Arsenal to Boxing Day in 2019, sees his side remain fourth and, despite having played more games than the teams around them, the win sees them open a six-point gap against fifth-placed Spurs.

Meanwhile, Norwich remain bottom of the table by goal difference after their fourth consecutive defeat.

How Saka inspired Arsenal to win at Norwich …

Before kick-off, Norwich boss Dean Smith reiterated his unhappiness at playing two games in 48 hours for his team with Covid difficulties, and his mood would not improve when Arsenal took a advantage of six minutes.

Ozan Kabak’s slow pass was intercepted by Tierney before Lacazette and Gabriel Martinelli combined before the Brazilian picked Martin Odegaard. The Norwegian had time and space to slide the ball into Saka’s trajectory, who shifted it to his left foot before shooting a low shot behind Gunn and into the lower corner.

The game was in danger of slipping away from the hosts as Arsenal attacked menacingly, but the visitors wasted chances, with Lacazette placing a header wide, while Gunn had to be careful to block Martinelli’s long-range shot.

Man of the match: Bukayo Saka.

Norwich grew in the game and Smith’s side kicked off the press, making life difficult at Arsenal as they tried to pass out from the back. However, Norwich have not yet managed to create any note chances and were second best for much of the half.

Some hard-fought challenges towards the end of the half brought the home fans behind them – only to be silenced by a second goal, with Odegaard again assisting Tierney to finish low behind Gunn.

There never seemed to be an inspired second half comeback for Norwich as the first half pattern continued into the start of the second.

Saka’s second goal in the 67th minute was a nice milestone as the English winger cut through Brandon Williams before hitting from the edge of the box to finish the win.

Arteta, whose squad hosted the Wolves in less than 48 hours, looked to his bench to freshen things up with safe play, but didn’t stop a belated flurry of guests.

Lacazette was played by Smith Rowe before being knocked into the box by Kabak with six minutes left and the Frenchman bounced back to hide the resulting penalty before Smith Rowe got the better of a close offside call to score off the bench for the second consecutive championship outing.

head of Norwich Dean Smith: “I used tennis terminology in the locker room to describe our performance – it was littered with unforced errors. We conceded two soft fouls for two soft goals at the end. We can’t lower our standards two games ago against Manchester United at the show of today.

“We were defeated 3-0 at Spurs and 1-0 at Manchester United and I accept that because we played well in those games. We are not making the most of the big chances. I can stay here like any other manager and say we have had illnesses and injuries, but we have to be better than we have been today.

“We were beaten 5-0 at home and by the coaching staff and now I have to try to lift the players. I will debrief with them on this match and make sure I am ready for the next match.” 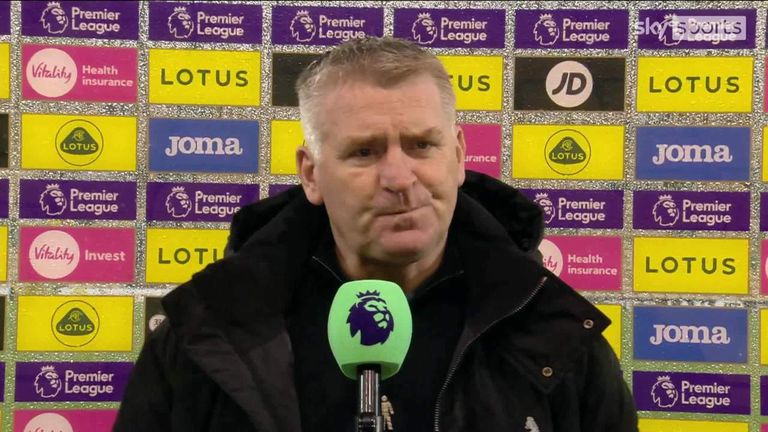 Dean Smith says his Norwich players looked downcast in the 5-0 defeat to Arsenal and says they need to bounce back quickly if they are to stay in the Premier League.

Arsenal coach Mikel Arteta: “It is a very satisfying result because in this period of celebration we have to keep the performances at a high level.

“We seemed really sharp and committed. It’s a great win for us. I’m really happy. The number of chances we create is enjoyable.

“We go to every field to try to impose our game. Today was a really good example. The unity we have around the club and with our fans is very pleasant.” 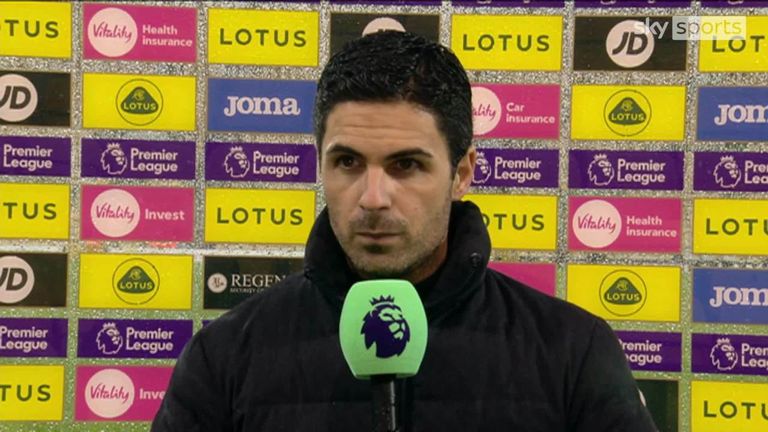 Man of the Match – Bukayo Saka

So often Arsenal’s bright spark this season, the England international has delivered again.

We know all about Saka’s pace and deception when operating from the right flank, but he was challenged to get more goals from Arteta and delivered to Carrow Road.

It has produced two fine finishes to cap off another truly impressive display.

Arsenal will face Wolves in the Premier League on Tuesday; kick-off 12:30.

Meanwhile, Norwich will face an away match at Crystal Palace, again on Tuesday; kick-off 15:00.