Eubank Jr and Joshua spent time training side by side on New Year’s Eve before a pivotal year in each of their careers.

Eubank Jr will fight Liam Williams, live on Sky Sports, in an all-British grudge match in Cardiff which is now scheduled for 5 February, with advice from the Welsh government.

He will benefit from the experience of boxing legend Roy Jones Jr in his corner.

Joshua, who retains Rob McCracken’s experience, has also spent time training alongside other US-based coaches since losing to Oleksandr Usyk.

“Chris has proven it can work,” said BOXXER promoter Shalom, who is promoting Eubank Jr’s fight with Williams alongside Wasserman Boxing.

“We will see in the next 12 months in the real tests.

“It was two elite athletes who spent time together.

“Everyone is heading towards a great 12 months. Both have made great changes.

“Chris is heading into the final stage of his career where he really needs to turn the screw.

“Anthony has a lot to think about and will have a great transition year.

“Chris never had a coach. He never wanted one! This was part of the criticism of George Groves’ fight. 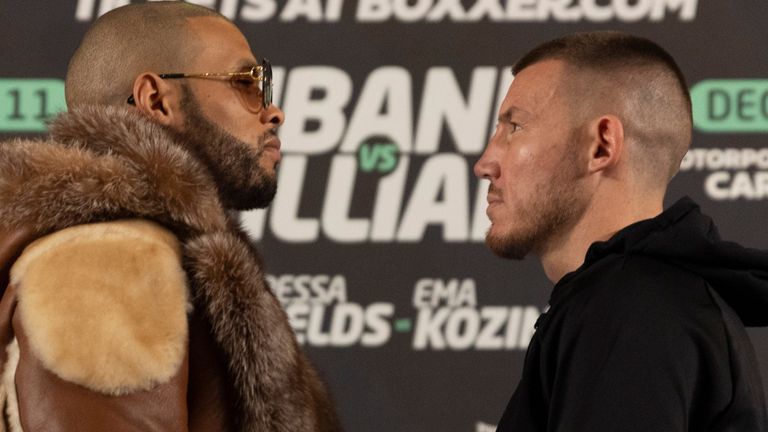 “Who was running it? How was he learning?

“He needed the experience of someone who has been there and done it.”

Eubank Jr outpointed Marcus Morrison and broke Wanik Awdijan’s rib with a blow to the body since adding Jones Jr, a former rival of his father, to his corner.

Joshua, ever since losing his heavyweight world titles to Usyk, has been in gyms with veteran coaches Virgil Hunter, Eddy Reynoso and Ronnie Shields.

“McCracken did an amazing job with AJ – it’s amazing that they went from the Olympics together to become a two-time heavyweight champion,” said Shalom.

“What Rob did for AJ was easily forgotten. They did amazing things.

Joshua is set for a rematch with Usyk this year.